What makes us human?

Looking at the audience, the façade – and excuse me I am going to stereotype a bit here – of the teenage group as the masks they hid behind of, “I’m cool”, “I’m armour-plated”,  and “I’m absolutely fine as I am”; slipped.

He didn’t disclose any bullying or abuse, just a need for people to reach out and notice and care.

He spoke absolutely from the heart, with no embarrassment and totally as his own self.

The applause was genuine, and those boys had been beautifully challenged to see how expressing a vulnerability can be a great strength.

I was running a workshop for the boys to help them to have confidence, control, and authenticity when they spoke, particularly as they moved into the wider world and had to impress and communicate positively in order to realise their plans and dreams for their lives.

Meanwhile, another boy in the class; the one who had scored himself 10 out 10 for confidence in speaking at the top of the workshop, was sitting with his head down throughout, looking for a way out and saying vaguely that he didn’t feel well. Throughout the rest of the workshop, he had been clowning and doing the minimum; this was the moment of truth, and he wasn’t up for it.

However, he did get up to speak. He hadn’t prepared anything, so I asked him a question about a role model, and he answered it. It wasn’t a great delivery, but he did raise his head, he did look me in the eye.

He spoke about another boy in the class who he admired because of the determination and effort he put into his football training 4/5 times a week to get into a London youth team.

He dared to put away the mask that had been holding him back from engaging fully all through the session.

His eyes were truly open for the first time and there was clear admiration shining from them and in the tone of his voice.

He did well. He dropped the cool persona that he clearly felt he needed to feel safe around the other boys, for that minute.

I admired his courage also. For courage it was, and he said afterward that he had been pleased to have that moment. 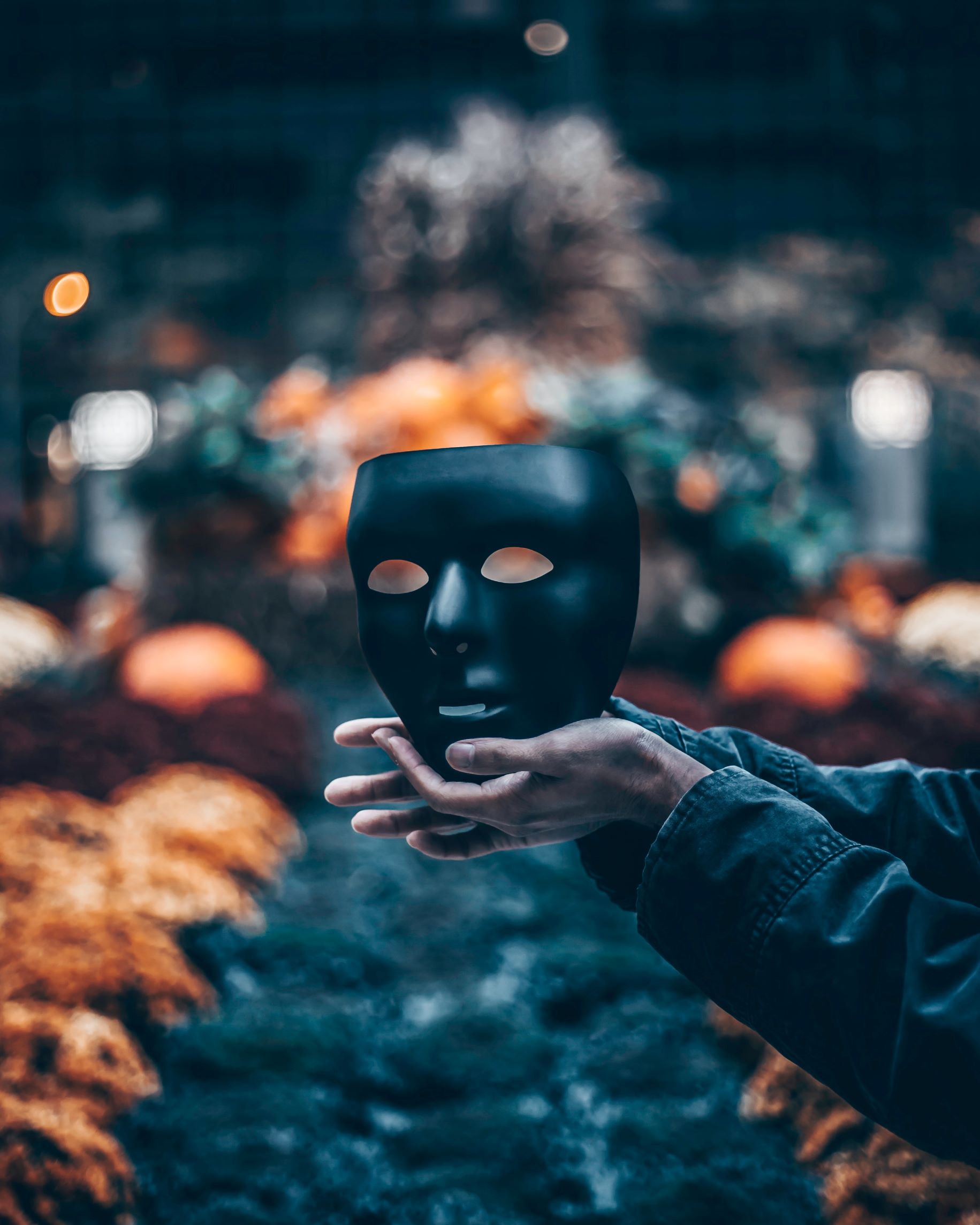 We all put a mask on for the world at times, sometimes it is necessary for safety; but it’s so dangerous if you start to hide behind it all the time. You get lost yourself and lose real connection with others. So obsessed you can become, with putting a brave or bold face to the world, that you lose your essential humanity. The thing that makes us really communicate and touch others. And you close yourself off from growing too.

Dare to be open more often, show vulnerability, and speak from the pit of your stomach.

In turn, this helps us to:

After all, it’s what makes us human.