Quite a few years ago now, I recorded my self-talk – inner voice stuff.  At the suggestion of a coach I wrote down everything that I said to myself over the course of a day that was negative and I was absolutely shocked. Because I would never talk to anyone else in the way that I recorded how I spoke to me.

I was cutting, I was impatient, I was judgemental.

After all what was I being negative to myself about? It’s hard to recall exactly, but they were mainly small things, a bit of clumsiness here, a typo there, a conversation that could have gone better… if it had been a day when things really went awry, how would I have sounded then? Off the scale?

What was the result of this negative self-talk?

Anxiety, lack of self-esteem and fear.

Did it help me to perform better the next time?

I resolved to be much kinder to myself in future…

However, old habits can die hard.

A few days later I  remember going on a long car journey. It was to somewhere that I had never been to before so I was unsure, there were roadworks that were confusing the lay-out of turn offs, and I took a wrong turn. I slipped into self-haranguing mode: “Oh really? Wrong turn, not again! Why can’t you read the mapping screen properly and take account of the roadworks you stupid woman, it’s really not that difficult!” 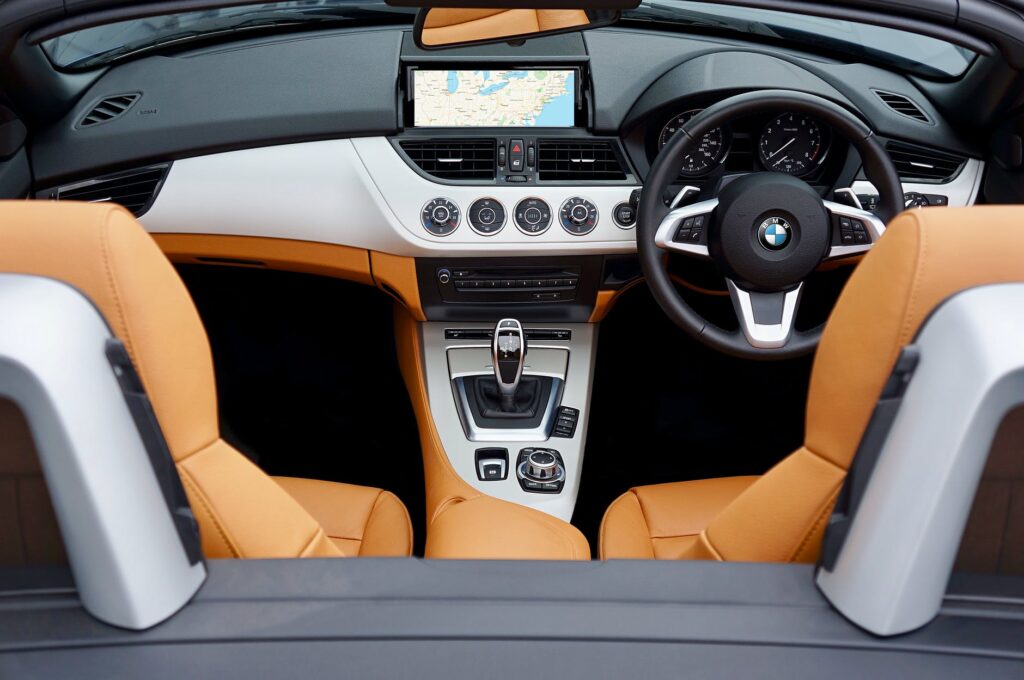 Meanwhile my Sat Nav said, “At the next possible safe place,  do a U turn, and continue on the road.” Me? I was too cross with myself and agitated to be able to see in time a sensible place to do a U turn and so missed several opportunities to do so, and was still going in the wrong direction and furious with myself.

After a while, my Sat Nav piped up again: “At the next roundabout take the fourth exit and carry on down the road.” Did it add, ‘and don’t mess it up this time’?  No, it didn’t. It simply re-calculated the route. In a calm tone, devoid of emotion, it gave me the new route instructions.

I remember having a bit of a revelation.

I took a deep breath (important) and quietly said to my agitated and hyper critical inner voice (although it might have been out loud!), “Thank you for your opinion, and I appreciate you are playing the words you think I want to hear, but I need to be quiet and just listen, actively, to my Sat Nav now.” My brain took the hint and calmed down.

I took the advice of the Sat Nav and heightened my attention, so that roadworks wouldn’t distract me again – this was important, in case my inner voice or self-talk started up again, putting doubt in my head about my ability to follow instructions. I was ready to politely say that while I appreciated it was only running the words that it thought I wanted or needed to hear, actually they weren’t the most helpful now. Brain wouldn’t have been offended. I am in charge of it after all, rather than it being in charge of me.

Bingo. Back on the right road again and heading in the right direction.

Now, whenever I make a mistake or something doesn’t go quite as well as I hoped it would, I don’t chastise myself, that only means that you risk panicking and getting even more off track. Worse, unless you step out of this mode, your brain will bring it up again and again, until you are in a cycle that you feel stuck in. Now I talk to myself like a Sat Nav would, clearly, without emotion or judgement, simply focussing on the best way to get on the right path again.

Clearly you have to acknowledge that there has been a mistake, or something could have been better, but rather than staying in judgment mode, the best way to get back on track is this:

Acknowledge.
Step out of emotional attachment.
Recalculate how to get back on track.
Follow the recalculations and move forward in the right direction.
Simples.

I am running a new interactive workshop Breath of Life, Joyful Voice, to help you re-learn how you were born to breathe, which you may be interested in, so if you would like to find out more, and know more about how I can help you to gain confidence (and actually enjoy) speaking, contact me, Fiona Whytehead, at fiona@locuscoaching.com.